Another new one from Borf in the "Night Lights" series.
Oil Pastel and Graphite on Paper.Dimensions: 22 x 30 Inches. 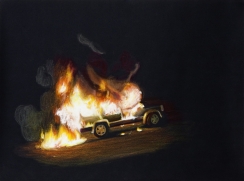 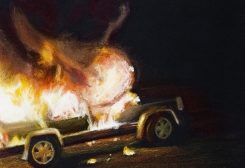