This piece rounds out the series of the Night Lights paintings, at least for now.
Oil Pastel and Graphite on Paper.Dimensions: 22 x 30 Inches. 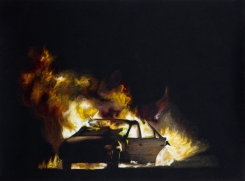 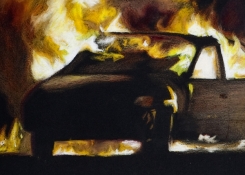