Judith Supine has made another amazing print titled Black Death. This 8 layer screen print features a steroid driven neon dream bursting with biceps and adorned with beautiful flowers. I've heard Arnold has one hanging in his "man cave".
8 Layer Screen Print on Archival Paper
Dimensions: 26 x 36 Inches
Signed and Numbered, Judith Supine 2013
Judith Supine is an artist living and working in Brooklyn, NY. Supine could not speak until a month after his seventeenth birthday. He could not physically articulate words, he could only squeak and grunt. Supine often drew pictures to communicate with his family. His mom saved all of his pictures, just one of many reasons why his mom is great. 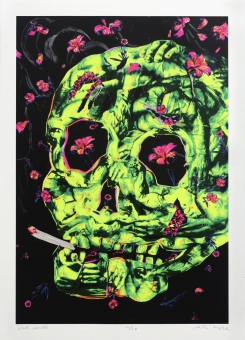 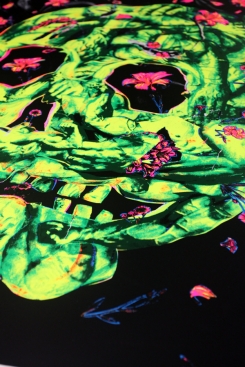 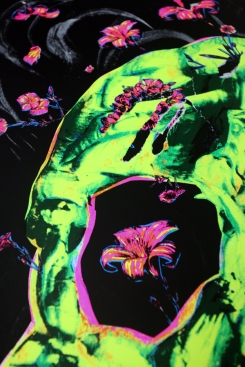