Judith Supine Nothingness In A Dress 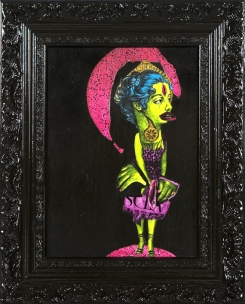