Continuing with the "Night Lights" series he started last year, we have a new original drawing on paper from Borf.  This particular piece is a smaller than the rest but makes up for that in the detail.

Signed and dated J. Tsombikos 2011.
John Tsombikos is known for initiating a memorial graffiti campaign after his best friend (nicknamed "BORF") committed suicide when he was 16 years old. Tsombikos found his grief therapy in spray painting a stencil of BORF's face and writing his name everywhere imaginable. In 2005 Tsombikos was arrested in Washington, DC. He was sentenced to 18 months in jail, as well as hundreds of hours of community service, fines, and years of supervision. 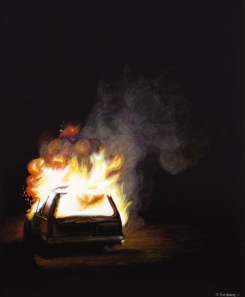 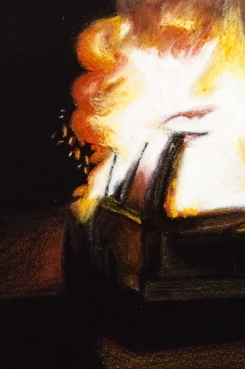