This new original definitely has wall power. Painted on an oversized sheet of black paper, this is a modern reinterpretation of the classic painting in true Borf style. 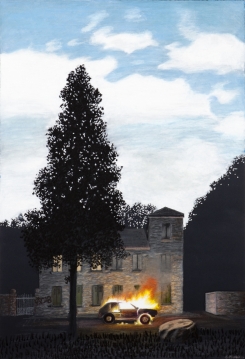