Judith Supine Give Up The Ghost And Put On Flesh

Brand new from Judith Supine, these prints are all individually hand painted, giving each a unique look and feel.

Hand Painted Relief Print on Archival Paper, Acrylic and Watercolors.
Dimensions: 21.25 x 34.5 Inches.
Signed and Numbered, Judith Supine 2011.
Judith Supine is an artist living and working in Brooklyn, NY. Supine could not speak until a month after his seventeenth birthday. He could not physically articulate words, he could only squeak and grunt. Supine often drew pictures to communicate with his family. His mom saved all of his pictures, just one of many reasons why his mom is great. 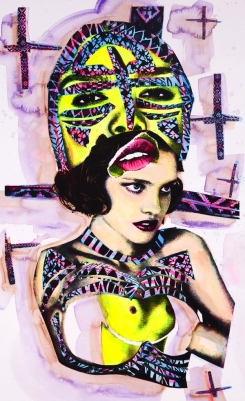 Give Up The Ghost And Put On Flesh 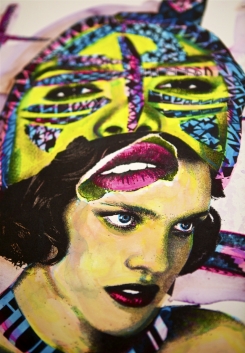 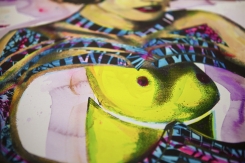