This new print from COST is based on his iconic sticker, which he began slapping up on the streets and phone booths of NYC in the early 90's. Since then it has become a recognized image around the world, we are excited to have the opportunity to release this as a print. Nothing more to say, this image speaks for itself. Printed in a silver metallic and embossed in black.

Dimensions: 23.5 x 36.5 Inches.  Acrylic Relief Print on Archival Paper.  Signed - Cost 2012.
New York based artist COST, along with his cohort REVS, is notorious for expanding the parameters of graffiti in the early to mid 1990's.  He introduced different mediums to the graffiti culture in the post train era and influenced the growth of the street art scene world wide.  From wheat-pasted posters to his sprawling and long running roller pieces, New York City has been graced by his presence for over three decades. >> Click Here for More Works by This Artist 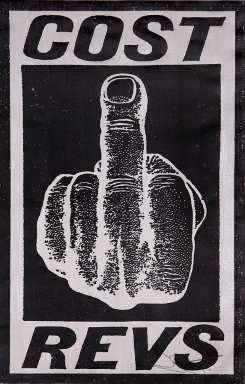 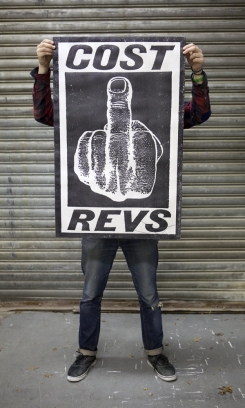 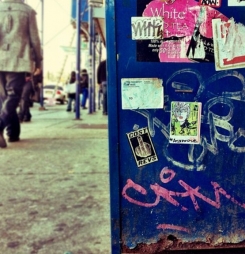 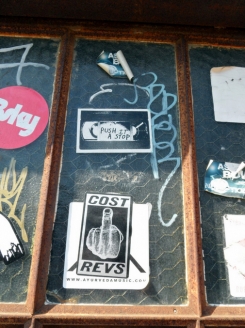 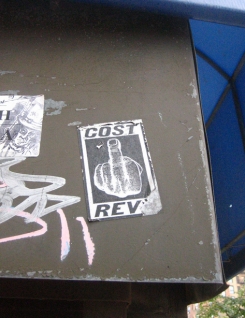